To be precise, our sanitary products incur a 5% tax. For twenty-seven years, between 1973 and 2000, our ever-faithful sanitary saviours were taxed at an extortionate and fanny-clenching 17.5%. Yes, you read it right: SEVENTEEN POINT FIVE PERCENT. Mind-blowing, huh? 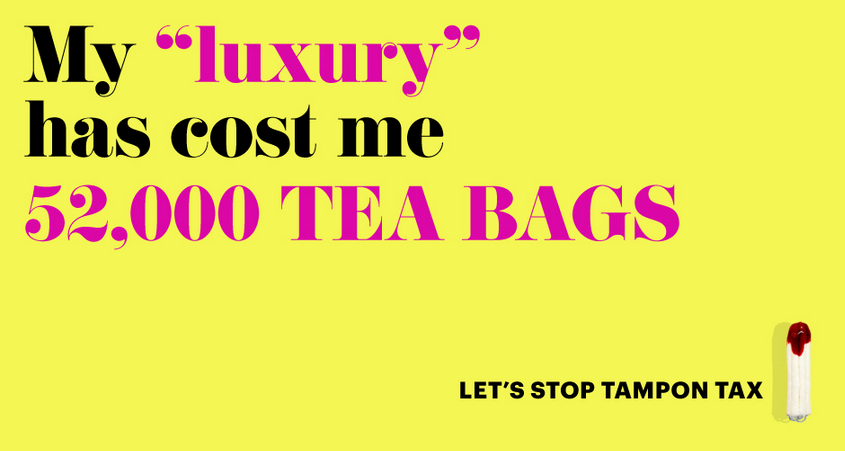 A petition has been circulating for a while in a desperate bid to end this senseless, satanic, sanitary madness, but I feel as though the topic has been made a great deal more accessible thanks to bloodydisgrace.org. Hit up the website and give the petition a sign. The geniuses behind Bloody Disgrace have even gone to the trouble of telling us what we could have bought, had we not been paying tax on tampons for most our lives. My loss? 41 bottles of vodka. FORTY ONE! Applying my own math, that’s about £600 – depending on how expensive your tipple (I’ve based this figure on the vodka priced just above Tesco’s Own… no offence intended Tesco) – which would buy me a pair of Stella McCartney flatforms. I’m raging.

You might be sitting there thinking “Well, sure, it’s not ideal but don’t we have bigger fish to fry? Aren’t there bigger battles to be… battled?” and I suppose you’re right, there are plenty of battles out there worth fighting for. But there are 3.52 billion females on this earth – a great deal of whom are being taxed for having a uterus. So, with all due respect, I think this is a battle that needs… battling. In the interest of fairness, it’s gotta be noted that Kenya have seen sense and abolished tax on sanitary products back in 2011. Sadly, the UK is flagging way behind.

If you need anymore convincing at this point then, frankly, you’re a lost cause in my eyes but I shall persevere nonetheless. I’m a big fan of Jaffa Cakes – I can Total Eclipse a pack of those suckers in (what I imagine is) record time. It might help you to learn that Jaffa Cakes incur roughly… 0% tax. Yup, British to the very core, we deem biscuits an essential item (let’s not start the cake vs biscuit debacle right now; that’s a serious argument that deserves its own deep-dive).

You might also be interested to know that, in our humble UK homeland, crocodile meat is considered an ‘essential’ item, too. So, if you do the math, WHO THE FUCK EVEN EATS CROCODILE MEAT? It’s patriarchy gone mad. Tampon tax is regressive and sexist. How can you possibly value biscuits over reproductive health? The world is bananas. I’m losing the will to live as I type. Tampon tax is a joke. End it now!

Do us all a favour and sign the bloody petition now. 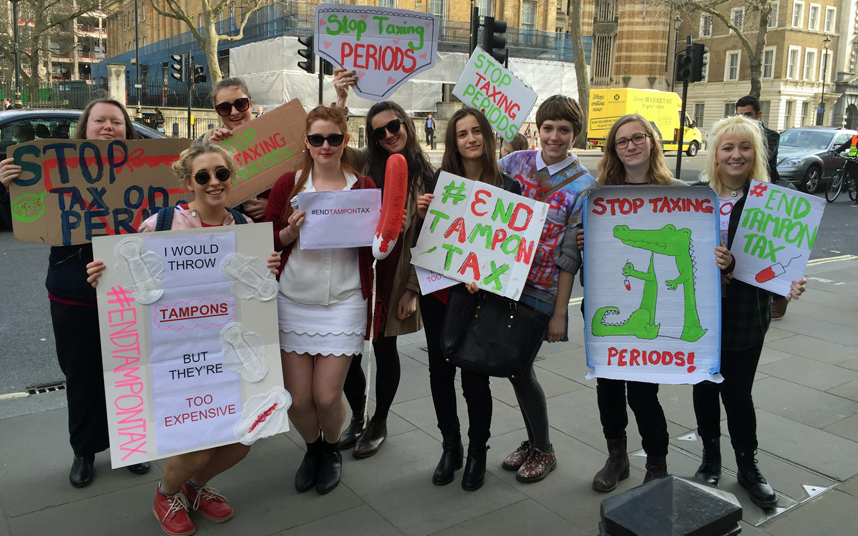 If I can teach you anything, let it be this: alway

the lower the angle, the longer the legs

This one’s for you, flamingo emoji! 🦩

my wardrobe is out-out but my personality is in-in

the only evidence that this outfit ever happened.