I’ve never believed in the power of manifestation up until, well, today, actually. And even as I type that I am inwardly cringing at how self-help I sound. So, instead of boring you with platitudes about how ‘if you want something enough, you’ll get it’, I’m going to tell you a wee story. Pull up a chair, mon amis…

Two years ago today, in a strategic effort to ensure I reached present utopia, I compiled a Christmas wish list and posted it on my blog; you can find it here. (To be honest, it’s a pretty phenomenal list. The me of two years ago had exceptional taste.) That extensive list (which unceremoniously failed in its purpose; I think I got given a dressing gown) featured THIS dress. THIS MUTHA FLUFFIN’ DYSPNEA DRESS! My dream dress! Look at it (or the lack of it), won’t you! And you know what else that list featured? THESE nipple pasties! “OK, so? You bought yourself some stuff. Whoop-di-do! What’s your point?” You see, a small part of me believed that I’d never get my grubby paws on such finery. I mean, who the hell ever has the disposable dosh to lavish their tits in diamantes? And how the hell was I ever going to source a sold out dress (two years old, lest we forget) from a sought-after Aussie brand?

Two years, people. 24 months of lusting. 102 weeks of pining. 730 days of wishing. But, finally, the dream dress is mine! And it looks just as magical as predicted. Proof that manifestation works. Sorta.

I've spent ten minutes attempting to summon a caption perfectly conveying the majesty of this dress ("that's not a dress! It's a piece of fucking fabric!") and decided that none could do it justice. So, here we are. (📸 @lakeysophphoto)

As one relative pointed out: 'That's a brave choice of dress and undies for someone with IBS!' Little does she know that my life motto is: 'NEVER let a diarrhetic issue get inbetween you and your dream threads, but always be sure to carry around Buscopan because you probably can't clean shit off of pom poms.' (Granted, it's a mouthful of a life motto.) 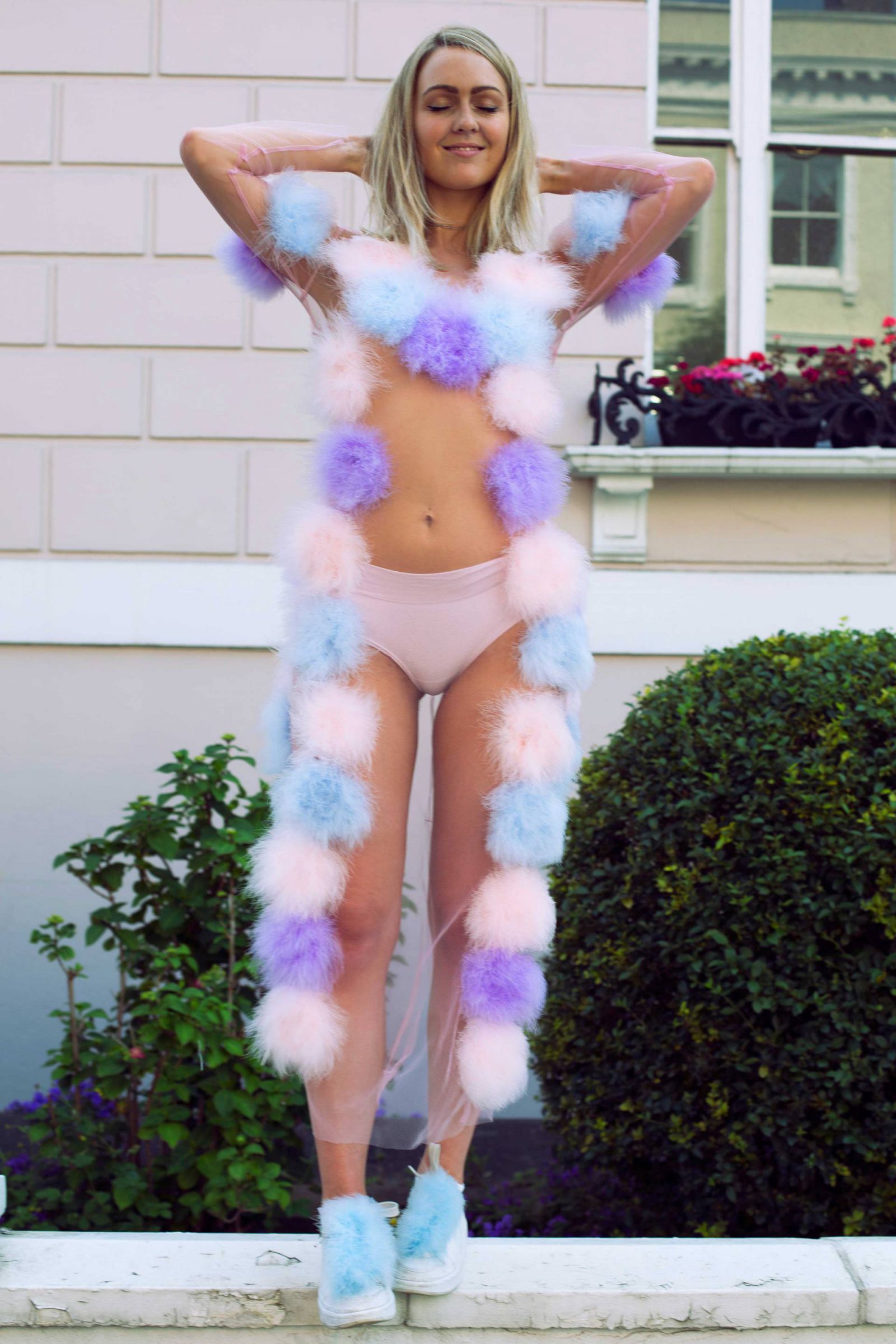 Hey stranger! How the devil are you? I'm Daisy and this right here is my online abode.

You Tube, I Tube!